A very strong turn out by local golfers —116 in all — and strong corporate support, made Youth Services’ 31st Annual Golf Tournament a rousing success, generated over $20,000 to help underwrite the agency’s programs. The tournament was held at the Brattleboro Country Club on July 27, a warm 90 degree clear day. This was one of the highest turnouts since 2003, according to Russell Bradbury-Carlin, Youth Services executive director.

Youth Services’ Board member Rick Hashagen together with his grandson, Joshua Nordheim, ran a Putting Contest which raised $275 for the agency.  The winner of the Putting Contest was Guy Lindholm.

For the third year in a row, there was a silent auction and over 40 items and services were raffled thanks to the generosity of local businesses who has supported the fundraiser with gifts in kind.

A special feature was the 4th year Helicopter Golf Ball Drop thanks to the Renaud Bros, Inc. helicopter, piloted by Mike Renaud and assisted by his wife, Shirley. Individuals did not need to be part of the tournament to buy golf balls, priced at $100 each, nor be present at the drop to win. Buckets of golf balls were dropped from 20 feet on the fairway at the Brattleboro Country Club, with the winner of the $3000 cash prize being Lynn Herzog of Brattleboro, VT.  Bob Lyons of Newfane, VT, whose ball landed furthest from the pin won the 10-minute helicopter ride. 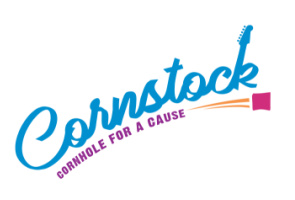