Youth Services lost one of its vigorous advocates for young people this spring with the passing of Stan Holt, a Youth Services board member from 1998 to 2011 and active long after he officially stepped down.

Below is a reprint of an article in Youth Services’ 2011 Annual Report which described in detail how Stan and his wife Marge came to be involved in youth issues throughout their careers and move to Windham County, VT.

Like the growth of the spruce and fir on his Christmas tree farm in Townshend, Stan Holt’s commitment to the development of youth leaders has increased during his lifetime.  Depending on how and when you’ve met him, you might know Stan better as a Protestant minister, a community organizer, a family man, the organizer of the annual Grace Cottage Hospital Fair, or as the sole director for thirteen years from the West River Valley on the Youth Services Board.

In all these roles, Stan’s interest in youth has grown and evolved leading him to his present connection to Youth Services.   The seed was planted in Stan’s job as an associate at the First Presbyterian Church in Potsdam, New York and later in Cincinnati, Ohio. There he served as a campus minister, doing outreach with students that, given the political environment and student movement of the early 60’s, evolved into civil rights work for three denominations under the aegis of the Westminster Foundation.

“What happened during those years influenced the rest of his life,” explained Marge, his wife of 58 years.  “We always had young people in the house.  Stan would often bring someone home who needed a roof over their head and while initially a kind of shock, it enriched our lives,” she recalled with a smile.

“Civil rights work was unavoidable in the 60’s,” Stan explained.  “The House Committee on Un-American Activities got after us and we exposed their hypocrisy and fought to highlight the damage they were doing to our democratic principles,” he explained.  Learning more about the overlap between local and national politics led to community organizing in Chicago in 1968 and then on to Providence, Rhode Island where he worked with the Catholic Church.  There he started an organization called PACE (People Acting Through Community Effort) in the poorer communities to “get things accomplished” on the neighborhood, city, and state levels.  Stan worked on issues such as reducing crime, improving the quality of schools, expanding employment opportunities, and installing needed stop lights on dangerous corners.

“At that time, most of the city services went to the better neighborhoods,” Holt explained.  Stan’s organization worked with parishioners, labor unions, and anti-poverty groups to find and train leaders, a role which he says he enjoyed the most. “Having people realize their leadership potential was the best,” he recalled.  Stan and his staff would train community leaders to build a following so they could turn out 400-600 people when they needed to pressure the mayor or city council to redirect needed resources.

Then the family moved on to Baltimore for about 4 years before heading to Boston in the late 70’s to join Massachusetts Fair Share, a statewide progressive organization which worked on a plethora of issues.

Marge took care of the four kids and the many moves.  “I got very good at packing up the house in less than a week and hitting the road,” she recalls grimly. Moving was often a difficult adjustment for the four children who ranged at the time from elementary school students to teenagers. Wherever they landed, Marge would seek out a teaching job, something she continued in Vermont after they moved in 1981 to the family homestead in Townshend, which Stan’s father had bought in 1955 and is now under the stewardship of his siblings and their descendants.

Stan and Marge started planting Christmas trees on the family property, which had been a potato farm in the 1930’s and later a dairy farm. Meanwhile, Stan was good enough at organizing that people would call him to consult on issues ranging from the toxic waste of chemical factories in Louisiana to work on public health issues in Massachusetts. Their crop of Christmas trees peaked about 15 years later, and they would cut close to 1000 a year for markets in Boston and Albany while also selling them locally and as the “Cut Your Own” variety.

Marge’s years teaching at Wardsboro and Windham Elementary Schools opened her eyes to the challenges facing youth in rural areas, many of which Youth Services tries to mitigate through its 8 different programs ranging from Big Brothers Big Sisters mentoring to parenting skills for families in danger of losing their children to the state. “Problems can go undetected for so long before they come to the surface, in the classroom,” she recalled.  “It is critical that children have some way out of situations they can’t deal with, before they reach a crisis point.”

Growing up in a suburb and always working in cities, Stan was somewhat taken aback at how isolated many youth were in the West River Valley.  “It was an eye-opener,” Stan said, who always hires local youth to help him with his tree operation.  “I was surprised how difficult even getting from one place to another was if you didn’t yet have a driving license,” he said.  During his time on the board, Youth Services put fresh energy into looking at the underlying conditions, such as transportation, that affect the rural youth they serve.

“I think I had sensitivity to youth problems,” Stan said, explaining what motivated him to join the Youth Services board.  “I had seen in the city neighborhoods how ‘at loose ends’ kids could be which sometimes led into substance abuse and other problems.  I thought, ‘This is something I can get behind.’”

Youth Services chairman of the board, Steven Sayer, describe Stan as a guiding force for the organization, and a solid citizen.  With his natural reserve and his dry wit, Stan weighed in on countless initiatives related to legislation and tirelessly worked on fundraisers like the agency’s Jazz Jubilee. “Stan seldom said no to any task if he saw value within it,” stated Sayer.

“He can always be relied on,” explained Sayer, who worked several years with Stan on Youth Services’ Legislative Committee which ensures that Vermont legislators and in recent years, Vermont state senators and congressmen, are aware of issues affecting youth in Windham County.

According to David Brown, a fellow board member who now acts as interim director of Youth Services, Stan was always respectful of the role legislators’ play.  “There was never a pounding fist with Stan.  He was direct about the needs of youth in Windham County but addressed the issues and asked for their support without being pushy or threatening,” Brown recalled.

Though he’s slowing down ‘just a tad’ with his consulting and staying closer to home as a result of the loss of some of his eyesight in recent years, Stan’s roots in service toward his adopted community of Townshend, Vermont and the youth of the area remain strong. 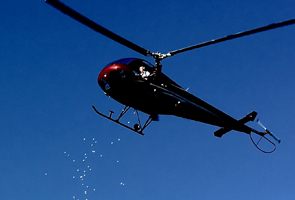